Peat plays a significant role as a as a water/carbon store and as a habitat. The Republic of Ireland has one of the highest concentrations of peatbog of any country worldwide, with 20% wetland coverage. In fact, approximately 68% of the island of Ireland’s drinking water comes from peatland, whilst up to 75% of its soil carbon is in the form of peat. A key focus for the Source to Tap project is investigating how restoring peatland can be beneficial for drinking water quality. Water from healthy, intact peat bogs requires little treatment, as it is well filtered by the complex soil system. But when the bog is damaged, more carbon seeps into the water, colouring it and requiring costly treatment processes. There is also evidence that greater quantities of sediment prevent fish from spawning.

On our test site at Tullychurry, where different peat restoration methods have been trialled, the first step was to cut down the plantation forest that covered the land. It was also essential to flatten out the soil which had been plowed in a ridge and furrow pattern, as the greater surface area increases moisture loss. The team could then focus their efforts on bringing water levels back up by preventing it from escaping. Two methods were trialled: cell bunding and drain blocking.

Sphagnum mosses play a vital role in the creation of peat bogs: by storing water in their spongy forms, they prevent the decay of dead plant material and eventually form peat. Encouraging its recolonisation is therefore an important part of the restoration process and after the initial work raising the water table, some of the trial land was sprayed with sphagnum seed to see whether this speeded up the process.

Deep trench or cell bunding is the construction of watertight cells made from low peat walls, constructed at a 90 degree angle to the slope with a bund roughly every 30 cm fall in height.

“Finger bunds” are then constructed at intervals in line with the slope, joining the parallel bunds to prevent lateral erosion and wave action. By creating these watertight cells it allows the water table to rise, encouraging the growth of sphagnum moss. 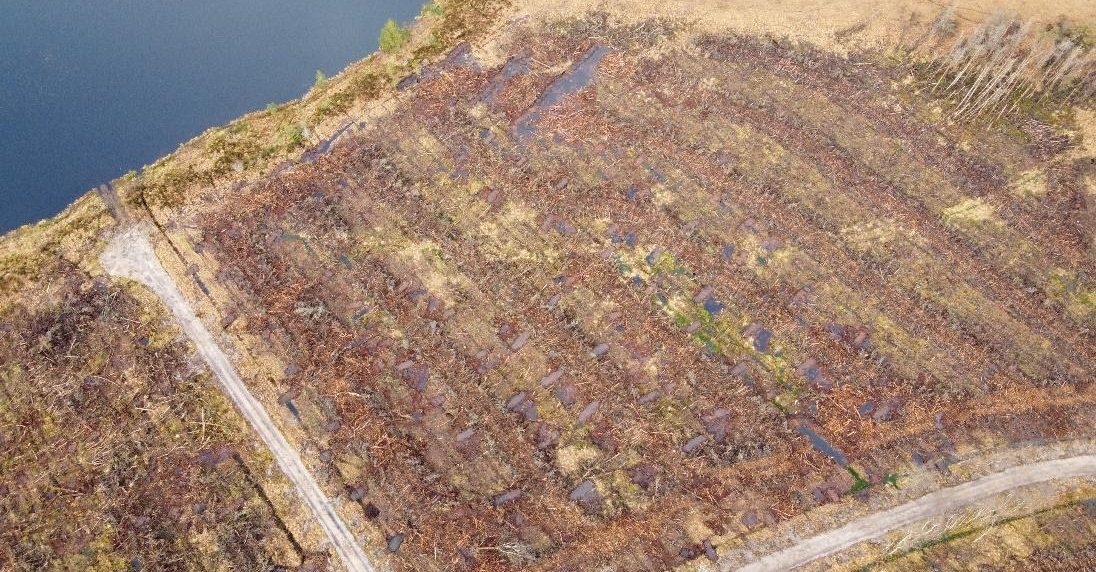 Drain blocking is a popular method of peatland restoration. Peat dams were used to block each drain at 12 m intervals or every 30 cm drop in ground level. Dams were constructed using saturated peat from a borrow pit adjacent to the dam location and covered with vegetation and brash to prevent wind and rain erosion.

The control area was used to compare methods of current forestry best practice, observed on another restoration site, with other restoration methods. In this area, drains were blocked with peat dams only where they exited the area. 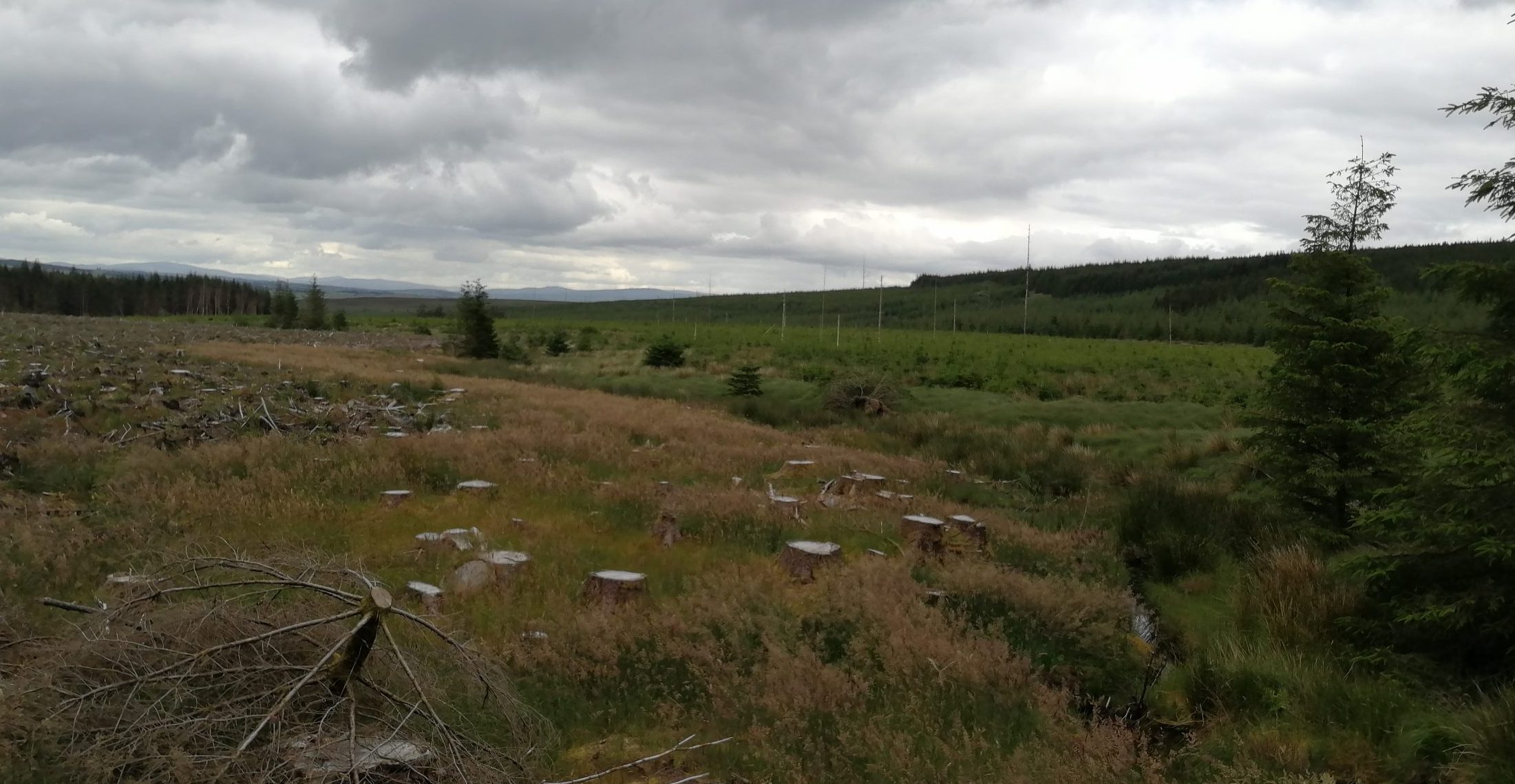 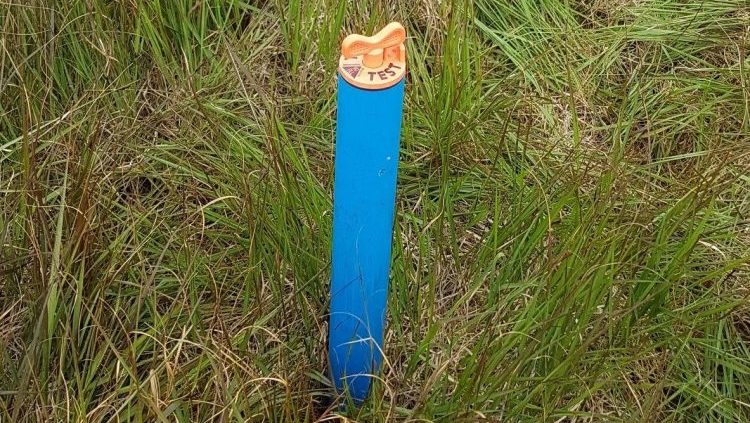 Each of the three restoration areas were monitored using piezometers. These are shallow groundwater wells which are sunk around 1.5-2 m into the ground and were used to monitor water table recovery post restoration. A fourth area, of intact blanket bog was also monitored as a comparison.

Results will be made available in a technical report in 2021 at the end of the pilot.