The Source to Tap team was enthused to see the UK government making a serious commitment to peatland restoration as part of its amendment to the Environment Bill. As the world slowly wakes up to the importance of preserving and restoring peatland, the island of Ireland will be firmly in the spotlight. Ireland’s historic associations with peat as a domestic and industrial fuel is ingrained into its culture and only in 2021 did the state owned company ‘Bord na Móna’ announce it was ceasing peat harvesting and cutting. The Republic of Ireland has one of the highest concentrations of peatbog of any country worldwide, with 20% wetland coverage. In fact, approximately 68% of the island’s drinking water comes from peatland, whilst up to 75% of its soil carbon is in the form of peat.

The paramount importance of peatland protection is made clear when we consider what happens when wetlands are drained. Once the water table has been lowered, the carbon rich, partially-decomposed matter is exposed to the atmosphere, reacting readily with oxygen in the air to form carbon dioxide. Moreover, the dried out peat is like a big pile of kindling, ready to ignite at the first flicker of a flame. This makes disasters like the recent wildfires in the Mourne Mountains more likely to occur.

On the island of Ireland, many peatbogs have been used for plantation forestry. Although we tend to think of trees as a good way of capturing carbon dioxide from the atmosphere, peat actually stores far more carbon per hectare and for a much longer period of time. Compounding the issue further, when trees are planted on the bogs, water is soaked up by the roots, lowering the water table and drying out the peat.

A key focus for the Source to Tap project is investigating how restoring peatland can be beneficial for drinking water quality. Water from healthy, intact peat bogs requires little treatment, as it is well filtered by the complex soil system. But when the bog is damaged, more carbon seeps into the water, colouring it and requiring costly treatment processes. On our test site at Tullychurry, where different peat restoration methods have been trialled, the first step was to cut down the plantation forest that covered the land. The team could then focus their efforts on bringing water levels back up by preventing it from escaping. Two methods were trialled: cell bunding and drain blocking.

Cell Bunding
Deep trench or cell bunding is the construction of watertight cells made from low peat walls, constructed at a 90 degree angle to the slope. “Finger bunds” are then built at intervals in line with the slope to prevent lateral erosion and wave action. By creating these watertight cells it allows the water table to rise and sphagnum moss to recolonise.

Drain Blocking
Drain blocking is a popular method of peatland restoration. Peat dams were used to block each drain every 30 cm drop in ground level. Dams were constructed using water-saturated peat and covered with vegetation to prevent wind and rain erosion.

Sphagnum mosses play a vital role in the creation of peat bogs: by storing water in their spongy forms, they prevent the decay of dead plant material and eventually form peat. Encouraging its recolonisation is therefore an important part of the restoration process and after the initial work raising the water table, some of the trial land was sprayed with sphagnum seed to see whether this speeded up the process.

Monitoring work on the land will continue into the future to ascertain which method produced the best results. The Source to Tap project will then be in a good position to share best practice information with other organisations hoping to restore their own peatland. In the meantime, we support the movement towards peat-free homes and gardens. For anyone wanting to know more, the IUCN UK Peat Programme has extensive information, as does the Ireland Peatland Conservation Council. 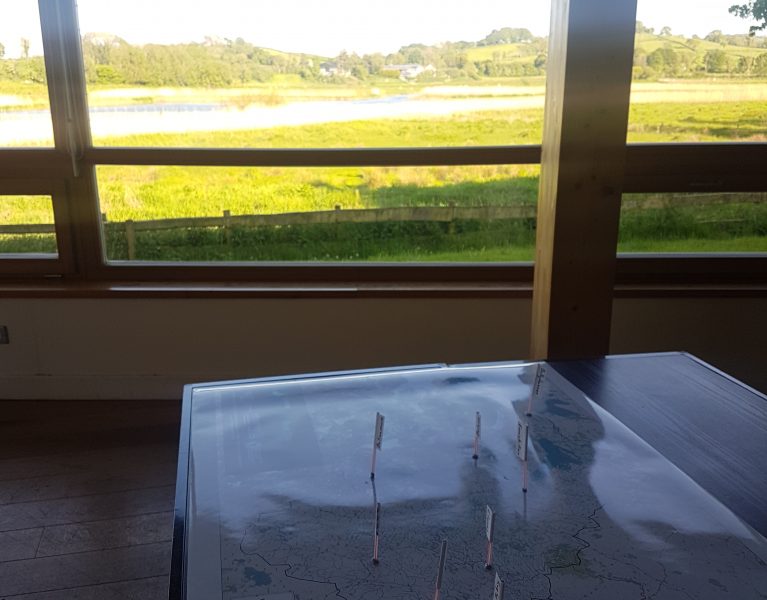 First ‘Discover your River’ event in the Erne 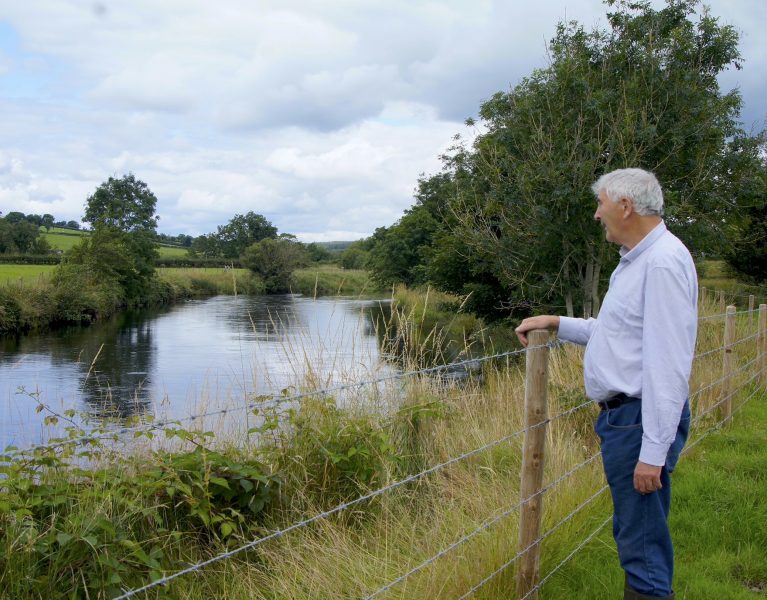 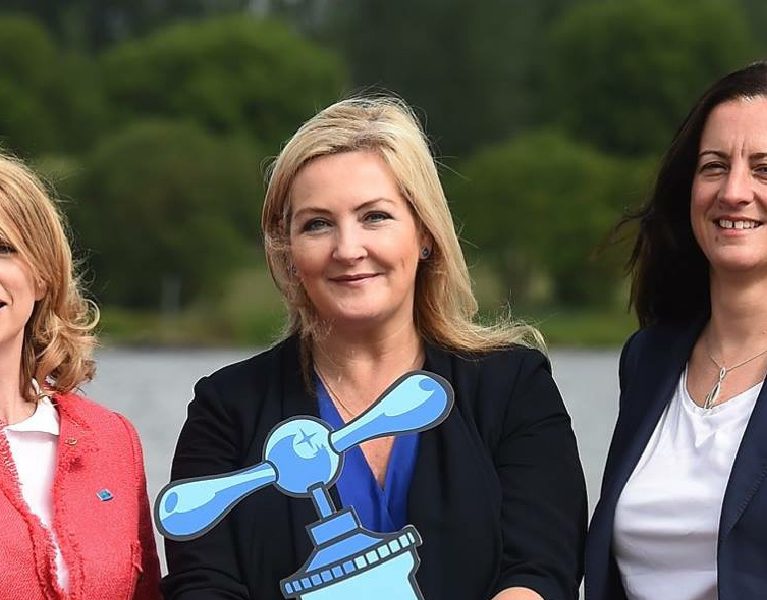 Posted on 08 October 2017 by Caitlin Kennedy